We are entering the final stretch before the next Kickstarter! The card artwork is done and we only have a few improvements to make for the graphical design plus some work on the new Kickstarter page. I estimate we will launch sometime in late summer. I want to wait until everything is nearly ready before I announce a definitive date though.

The solo variant I’ve been testing turned out to be better than I expected, so I’m declaring it to be a “proper” solo variant. So the official player count for the game is now 1-6. Playing time for the solo variant is slightly less than 2 hours. We will be making a video explaining the variant rules and a full playthrough video.

If you want to check out the solo variant rules yourself now, you can download the PDF.

Here are the versions of and addons for the game, that I’m planning.

All versions will contain the new solo variant in a separate booklet!

You can use the above add-ons to upgrade your Kickstarter basic version with the content you want. So you can, for example, take the extra content but not the 2 additional player colors if you think you will never play with five or six players.

The upgrades will also be available separately in retail for 15€ each.

Shipping prices will be the same as in the last Kickstarter campaign.

This is the artwork for the Special Scientific card. It shows an STS Mantid genetic scientist doing weird experiments creating animal-human hybrid beings. 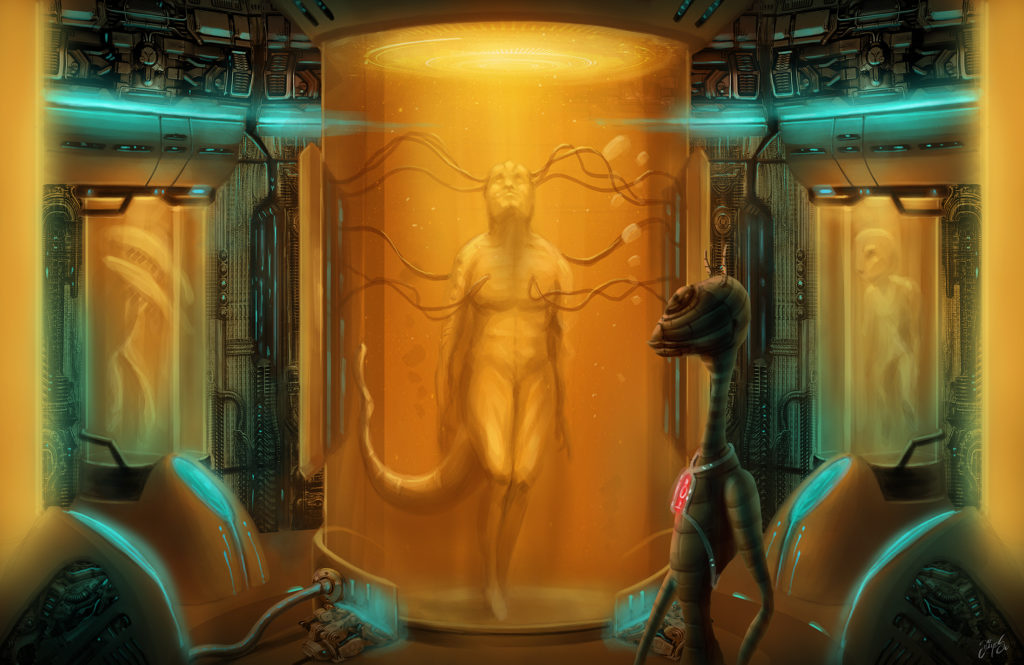 North America Fulfillment Done All games and add-ons should have been delivered to backers in North America now (except for 3 backers still missing their add-ons). If you have not received yours yet, please contact Read more…