What are Interesting Choices in a Game? 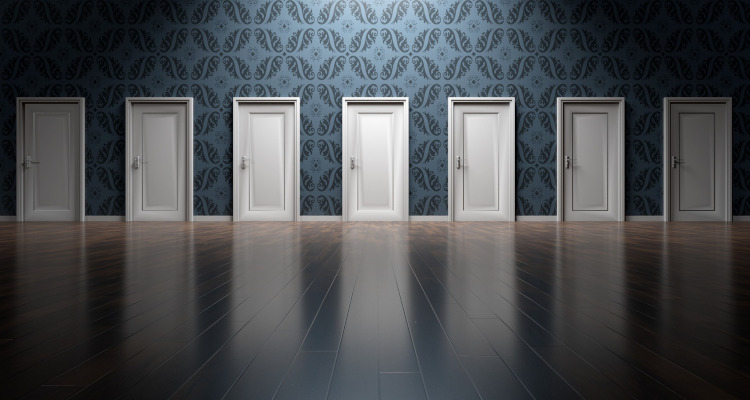 This quote often mentioned in game design: “A [good] game is a series of interesting choices” is from Sid Meier when he was talking about video games. In this article I would like to analyze from a designer’s standpoint what this means for board games and how I applied it to the design of Galactic Era.

While this quote may not apply to all games (party games, for example may not need this), this certainly applies to strategy games, for which Sid Meier is quite famous.

So what makes a choice interesting in a strategy game?

I think two factors determine how interesting the choice is: the number of options and the quality of these options.

For a choice to be a choice at all there obviously has to be at least two options to choose from. Any higher number of options makes it increasingly more interesting, but there is a psychological limit up to what people are comfortable with. There is the observation, known as “Miller’s Law”, that people can only handle 7 +/- 2 objects in their working memory. Other researchers even claim that the limit is four. In any case, there is a limit beyond which choices become too burdensome to be enjoyable.

Applying this to games, if your game is simply giving a number of distinct actions a player can do on a turn, it would be best to not have more than about seven. If you are targeting a wider audience you might even limit that to four.

There is a way to get around this limit as designer by what I would call “dimensions”. An action can have a dimension which increases its number of options without increasing the cognitive load much.

For example, you could have a “purchase” action in your game with which you can buy a resource of your choice. This is only a single type of action but the resource you choose to buy gives it a dimension which increases the number of choices. So with 4 resources in the game this action alone actually would give a player 4 different choices.

The locations for moving pieces to can also be a dimension. In Chess you usually only have a some pieces you can move in a turn but each piece can move to many different squares on the board which increases the effective number of options vastly.

Another dimension that is often used is simply increasing the number of actions players can do on a turn. For example, if instead of allowing only a single action from 4 different options you allow two actions on single turn, you would increase the number of choices to 10 (if you allow the same action to be done twice). There is a limiting factor here though in that you usually don’t want a player to take too much time doing their turn to limit the downtime for other players. I would guess that an upper limit for this would be about three or four.

I used all these ideas also when designing Galactic Era. I purposely limited the number of growth actions in Galactic Era to choose from to five so as keep the cognitive load low. Though the number of options a player actually has is a lot greater. The Research action namely has the dimension of a technology field to choose from, so this action actually has five different options. The Gain Star action has the dimension which star to actually take, often giving players multiple possibilities here too. Effectively, players have about 10 different options per action to choose from in the growth phase. I also allowed two actions per turn, which results in 27 different combinations in total to choose from per turn.

Though having a large number of options to choose from is nice, the more important factor, I think, is the quality of these choices. A game could have as little as two options per turn, but if these two options were so good and so different that they would make a player agonize about what to do, it would still be a great game.

A good quality choice means that the options give players roughly equal chances of getting to their goals in distinctive ways, the more equal the better (up to a degree) and also the more distinctive the better.

If options are not actually equally good, then a choice eventually becomes a no-brainer. This is a danger when options may appear equally good to a novice player, but not to an experienced player. The difficulty here is what is commonly known as “balancing”. As designer you can estimate the usefulness of an option by having a system of converting the value of actions to a base cost of something in the game. This method only goes so far though. The only real way to ensure balance is to do a lot of playtesting. Though a perfectly balanced is impossible you don’t really want such a game either. It’s the small imbalances in a game that allow players to discover strategies.

If options are equally good but are not distinctive enough then it can make the game quite boring, too. For example, if you can choose to get resource A or resource B for an action and these resources just have a different name and color but essentially do the same thing, then that’s not going to excite anybody. If on the other hand these resources are used for entirely different purposes in the game, such as one for constructing buildings and the other for bribing players, then that is going to be an interesting choice. This is commonly touted as “different paths to victory”, which is kind of a Holy Grail for designers. The challenge here as game designer is not to make the game overly complex.

In Galactic Era I also had the goal that all growth actions should be roughly equally valuable throughout the game. It turned out though that the Grow Population and Build Ships actions were not so useful very early in the game and the Research action was not useful late in the game. I therefore added the “Galactic Story” component. This gives players points for doing these actions in those stages of the game in which they are least useful. I also discovered that the Build Ships action was not useful in the last round of the game, so I awarded points for ship majorities in each sector at the end.

The main distinctive choices for players in Galactic Era are the five different technologies: Military, Spirituality, Propulsion, Robotics and Genetics. Each technology only improves your civilization in a certain, limited aspect of the game, but reaching a high level therein can make you very powerful in that way. There is a big difference between what you can do at start of the game compared to what you can do that the end, which is why I call this game epic.

An additional factor that needs to be mentioned is uncertainty. Any choices offered must contain some uncertainty (unless it’s they very end of the game). Uncertainty creates tension, and tension is exciting. Uncertainty can come from random factors such a rolling dice or drawing cards. The main source for uncertainty in a strategy game should be the difficulty of predicting what your opponents will do. 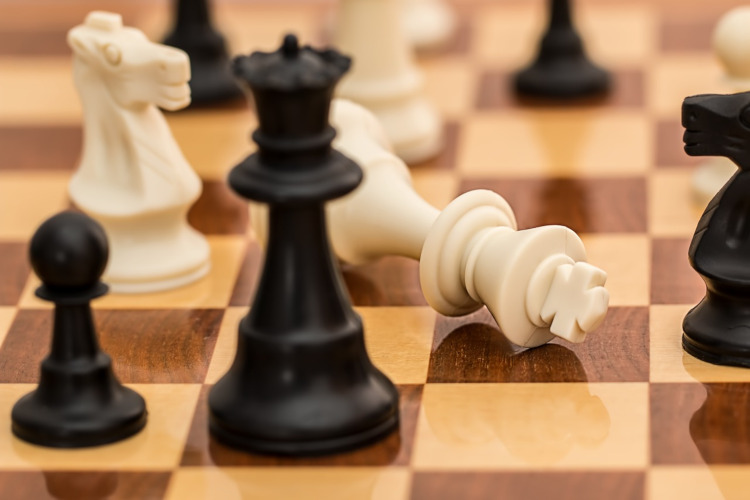 For example, imagine in a game of Chess you can force a Checkmate with two different pieces next turn. This fulfills the previously mentioned properties of multiple good choices but obviously is not an interesting choice since you know for sure that you will win. This is also why all fully solved games such as Tic-tac-toe are not interesting to play.

Uncertainty needs to be limited, though. Players will strive to get around uncertainty, and the game should allow this. This can give players immense satisfaction when they manage to do so.

One of my design goals for Galactic Era was to have highly deterministic game and not to use dice to resolve combat. There are already many space 4X that use dice in this way and I wanted to create a different experience. For me, having bad luck rolling dice can be quite frustrating in a strategy game you have spent a lot of time on. I therefore decided upon using hidden information as a source for uncertainty in combat instead. There are two pieces of hidden information that create this uncertainty. Namely the number of ships in the opposing fleet and the fleet type. Initially, I didn’t have any different fleet types (all fleets were the same except for their designating letter). I discovered though that players could relatively easy guess the number of ships in opposing fleets by remembering the number of ships their opponents built in previous turns. Also the ship totals were usually quite similar anyway. I discovered I could increase the tension significantly by adding special effects for fleets which could drastically affect the outcome of a battle. Players could not easily guess which type of fleet their opponent’s would use since this is usually hidden and players can easily change this. The different fleet types have superiority over others in a rock-paper-scissors type of way. In battle “A” fleets are good against non-combat fleets, but “C” fleets are superior to “A” fleets. The “C” fleets have no advantage against non-combat fleets though which means the non-combat fleets are better then because they can use their non-combat advantage. This effectively means there is no obvious choice players will make, increasing the unpredictability.

To summarize, a good set of choices for a player’s turn in a strategy board game would be something like 4 very different basic options (with possibly a lot more variations using dimensions) each with roughly equal chances of winning and a grain of uncertainty.

I think managed to include many interesting choices in Galactic Era. My editor for this game, Christwart Conrad, who is quite an industry veteran, has confirmed this by commenting:

“The dilemma-factor is very great in this game”.

A dilemma is basically what you want to offer to the players of your game, though a fun one!