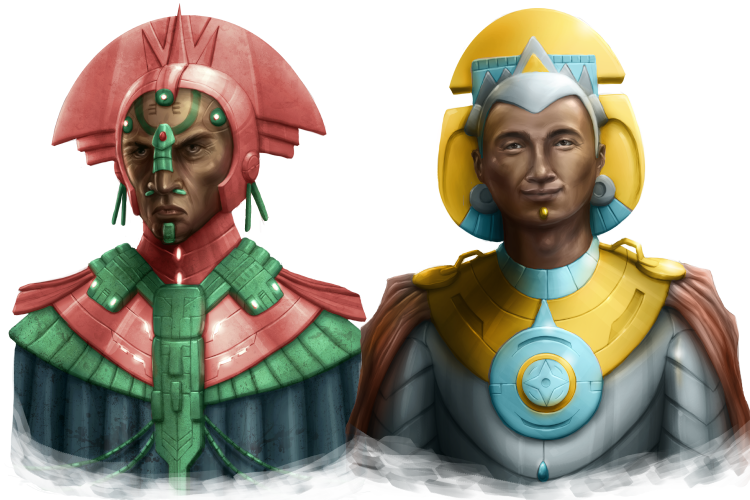 The Cosmic Mayans are the descendants of an elite sect of priests from the ancient Mayan civilization on Earth. These people made a breakthrough discovery in the science of consciousness and over several generations developed a hi-tech, so-called “breakaway civilization” in secret. After developing spaceflight they left Earth to roam the Cosmos. They are purported to have powerful healing technology.

One curious thing about them is that they never developed metallurgy, so their spaceships are entirely made of stone.

On the STO side, the Cosmic Mayans have a powerful defensive ability, that they namely can evacuate (and thus save) their population from conquered stars.

On the STS side, they still follow their bloody ancient religion of sacrifices so that they get many extra points when they lose their own ships in battle.

On either side, their powerful advantages are balanced out by the fact that they cannot use asteroid systems, since they have no use for the rare metals these provide.