part 1 of The Vanished Timeline

The words shook Deed out of a trance. Kyrin, the leader of the dig, was staring at her. Deed knew a dig was going well when she reached a trance-like state, her rational brain sleeping as some deeper part of her combed through the dirt. This was when she made her best discoveries.

“I apologize. I just think I find more when I kind of…follow my instincts.”

“We have a system for digging underground. You waste everybody’s time when you don’t follow directions.” The rest of the archaeologists went silent and continued their work, uncomfortable hearing another team member being reprimanded.

“I understand. I’m not trying to rebel; I just had a feeling there might be more here. I have a good sense for this.”

“Deed, I looked through that area myself. And I have the best sense for this. I know there’s nothing there. Get up and move on.”

Deed felt anger well up in her. Her voice came out quiet: 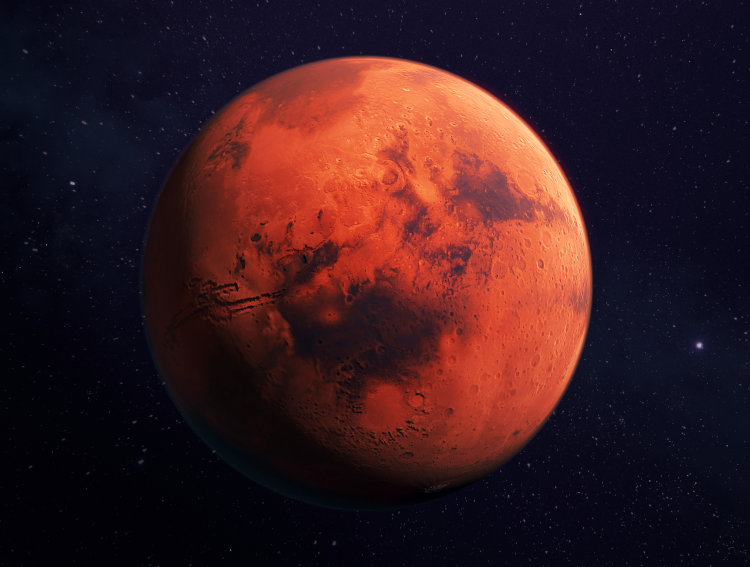 Kyrin went back to his notes, shaking his head. Kyrin led the most high-ranking archaeological team in the Mars Colony Corporation, and Deed was lucky and proud to be their newest addition. On her first few teams, she had been used to impressing her coworkers and teachers. Here, she was not fitting in. It pissed her off more than she wanted it to. (Who wants to spend every day with people who don’t like them?)

We’re never going to find shit if you don’t let me do it my way. The team had been through these caves for weeks and had yet to find any artifacts. With Kyrin no longer watching her, Deed sank into her anger, digging hard in the same area where he had just told her to stop. She hit something hard. Clearing out more dirt, she saw a gemstone deposit. She dampened a rag with her water bottle and wiped at the stone, exposing bright white iridescence. Her heart started racing as she looked at it closer – she’d never seen such a large opal deposit, or one that reflected so much light – it was like every color existed inside, swimming around as the light hit it from new angles.

Deed was immobilized by a sudden flash of memory: a large echoing room with a bathtub made entirely of opal just like this deposit. Where had she seen this? There was nowhere and nothing like that on Mars.

“Wow, pretty,” another archaeologist noted, looking over her shoulder. This attracted Kyrin’s attention once again.

“Opal. We’re looking for human remains, not stones, Deed.” She looked up at him, unable to find a response.

“What do you think you’re doing? Move, now!”

Kyrin’s voice took on a volume and anger Deed had never heard before. She nodded seriously at him, afraid her voice would come out shakey if she spoke. Kyrin walked away in a huff.

Why does joining the best team have to mean dealing with these people? Deed stood up to follow his directions, but felt almost magnetically attached to the opal deposit. She looked around to try remember where she was actually supposed to be, but her head became heavy and foggy with frustration the more she tried to focus on instructions. She walked over to Kyrin and spoke to him quietly.

“I need a little break. May I take my lunch now?”

Kyrin chuckled. Without looking up from his work, he responded, “Sure.”

Deed grabbed a few of her things and walked down a narrow cavern away from him, away from the rest of the team, trying to keep her footsteps and breathing steady. Fuck him. He’s pissed that I find stuff he can’t. He’s pissed that I’m even on his team, and he’s pissed because I’m good. For the past few weeks, Deed had been trying to lie low, learn his style, and follow orders, but she was sick of it. His methods weren’t working. Without meaning to, she started to talk to herself out loud.

“And of course I know what we’re fucking looking for!”

What they were looking for was remains of the human civilization that flourished on Mars 100,000 years ago, before it was destroyed in a nuclear war. Hearing her voice echoing against the cave walls made Deed remember where she was, and she slowed to a stop. “Where am I even going right now..?” she whispered. She moved her face around to let her headlamp light different areas of the cave. She knew she’d been through the entire cave with the team, but now it all looked different.

She saw a small opening in the wall she had never noticed before. Putting her head close to shine her lamp into it, the light diffused. It looked large and deep enough that she could wiggle inside and walk around. The perfect distraction from her day so far. Kyrin wouldn’t want me to do this, but fuck Kyrin. Deed knew she had an intercom to call for help if she couldn’t get back out, though doing so would be embarrassing after her performance so far that day. She picked at the opening with her mattock, widening it. But she was feeling impatient, and once it looked wide enough for her hips, she threw her tools inside, stuck her arms and head through, and wriggled the rest of her body through the opening.

She landed on her side. She lay there for a while, her trowel digging into her shoulder blade. She was tired after clambering through the opening in the rock, but also relieved to be in a place where no one from her team would find her for a while. The cavern was even blacker and quieter than the rest of the cave. Her headlamp sent light in a ray across the ground. Lying there, Deed could feel her anger from just minutes ago melting away until she was overcome with calm. Even though she wasn’t comfortable, she felt like she could have fallen asleep. She looked at the dirt and stones lit with her headlamp. At the very edge of the light’s reach, one rock was shaped almost like a stone tablet.

Deed stood up to get closer to it, and as her headlamp lit the entire cave, about 30 meters across (how did we miss this?), she realized it was full of stone tablets covered in writing and pictures. Goosebumps went down her spine. She knew she was standing in the middle of something very special. She walked around slowly, getting shaky again, letting her headlamp light the tablets. Some were partially covered in dirt, along with some columns and other architectural features. She didn’t recognize the script, but she could tell the drawings were of planets and parts to some kind of ship or vehicle.

Before I step on a trapdoor and end up stuck in a well with skeletons, I should call the rest of the team. Deed got her intercom from her backpack, still shaking.

“Kyrin and team, it’s Deed, I’m about 60 meters down the south cavern, in an opening on the right of the wall. I found something. I need everyone to come help me take some samples.”

There was a pause before Kyrin answered again, and Deed pictured everyone laughing and rolling their eyes.

“Copy. Is it human artifacts this time?”

“No, I think it’s something older.” 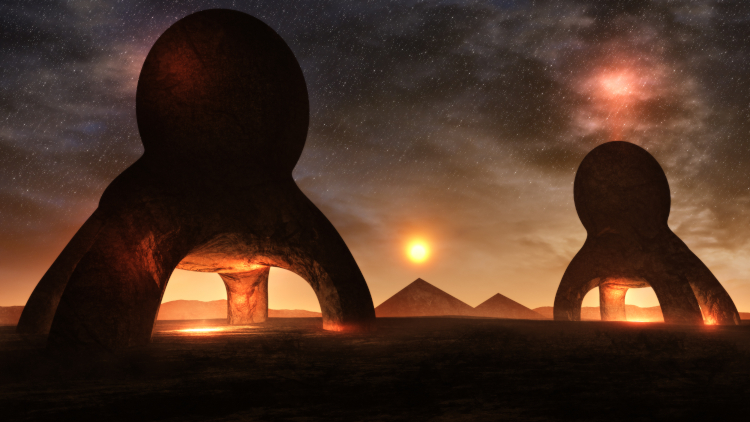 Deed enjoyed the team’s oohs and ahhs as they looked around the cavern. In contrast, Kyrin was silent, his expression unreadable.

Part afraid, part too proud to go up and talk to him, Deed took out her notebook and began taking notes.

Two of the oldest archaeologists came up to talk to Deed.

“You should be very, very proud of this – they’re going to freak out at the base.”

“Have you heard of the rumors that there was a civilization here even more ancient than the human remains we’ve found so far?”

“I’ve heard you guys talking about stuff like that,” Deed responded, “but it sounded like it was just mythology.”

“We weren’t sure! But there’s no way this stuff is human! Look up there.”

She pointed her headlamp at the highest point of the cave.

“Those two tall stones aren’t columns – look at the curve to them. They’re a doorway.”

The other archaeologist nodded.

“Mmmmhm,” the other archaeologist agreed.

“These ruins are from beings older and larger and more advanced than humans, that’s for sure. You can tell that from these blueprints, too. This could be one of our most important finds ever.”

“Deed, can I talk to you?” Kyrin beckoned her over near the opening. He spoke in a whisper.

“You come out of nowhere and find the ruins of the ancient builder race? You and your friends made this stuff and planted it here so you could get the reward.”

“That’s why you wouldn’t follow my orders; you already knew exactly where to find what you were looking for.”

Deed’s face grew red involuntarily, and she fought back the urge to yell. “Kyrin, you know as well as I do that no one can fake artifacts this old.”

“Yeah, not when I’m the one testing them.”

“I didn’t even know there was a reward out for remains from the ancient builder race – you all talked about it like it was a joke. I don’t know why or how I found this, but I know I’m good when I follow my instincts. And you have me on your team, so this is your win.”

Kyrin stared at her silently.

“Just try trusting me this once, and see how it goes,” she joked, trying to ease the tension.

Kyrin stepped out past her to address the team.

“Okay, I’m going to assign everyone a section. Let’s record and take samples and bring this back to base. It’s gonna be a long day.”