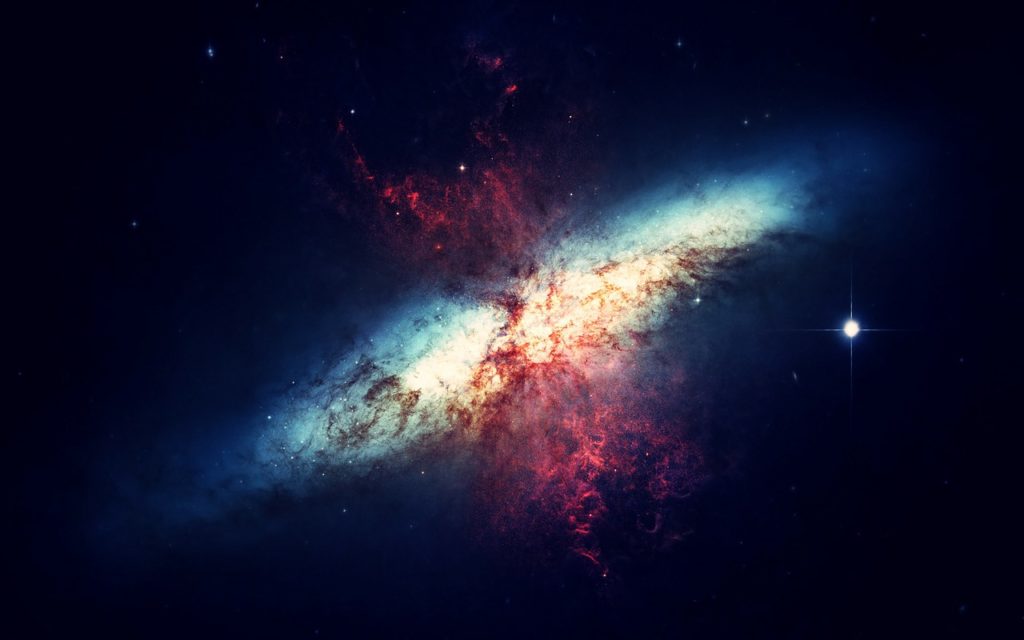 With new orders to head west and chart galaxies below the crescent nebula, Jessop decided to detour and show his team one of his favorite views – so far – in the Universe. Jessop had been working for the ICC’s star charting unit for almost 8 years. The ICC, the Interplanetary Corporate Conglomerate, was a large corporation that did a lot of research to develop the best technology in the galaxy. He and his team were tasked with making sense of the Universe. Their job was endless. They added each star and planet into dynamic, digital 3D maps, inputting each body’s expected trajectory. Updates could be viewed instantly by every map run by the ICC, and each body moved in real time. Jessop remembered the view of Galaxy 026-B, a small satellite galaxy of the Milky Way, as the one that affirmed his love for mapping.

The star charters were often free to choose their own path across the Universe, but sometimes given orders to explore or return to an area. The ICC’s remote viewers, psychic specialists, picked up on unexpected planetary disturbances that needed charting, or major activity outside the bounds of the current map. 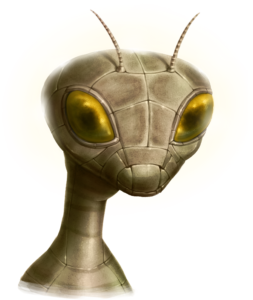 “We’re off course, Jessop,” Captain Valda called from across the ship. Her tone was cool, matter-of-fact. Now past her middle age, Valda had previously been the captain of an ICC military vessel. Her version of retirement was the calm job of leading the charters. Like the rest of the team, Valda was a Mantid, evolved from insects. They were typecast for this objective, analytical work, and they were good at it. In addition, Mantids could see a range of light into the ultraviolet, much greater than most other intelligent species. Where a Grey or Feline would see simply darkness and bright dots, Mantids could see seas of color and radiation – which is why seemingly ordinary, unknown galaxies like 026-B became a destination. Jessop looked back at Captain Valda.

“I wanted to show everyone Galaxy 026-B. What do you think?”

“Fine.” Valda wasn’t a lollygagger, but she also wasn’t quick to anger. Pit stops were rare but occasionally permissible.

Jessop slowed the engine as they approached, and the blurry stars settled to points. He shifted into neutral and maneuvered to give the best view. Out in front of them was an expanse of billowing red and blue light, stars and planets shining through like pinpricks.

“Thanks for stopping, Jess.”

Allalla, a younger team member, configured the ship’s star chart to show 026-B. Jessop and a few other mappers crowded around to compare the team’s old work to the galaxy that lay before them.

“What’s that?” Allalla pointed out the window.

“Be specific, Allalla,” Captain Valda advised casually, still looking out at the view. Allalla looked closer at the map and the expanse in front of them.

Among the galaxy that so beautifully aligned with the team’s map was one spare, uncharted planet.

“What the fuck?” Captain Valda leaned closer to the window as the rest of the team exchanged shocked glances – over the new discovery and the rare outburst. Valda looked between the sky and the map. “Jessop, bring us closer, please.”

Jessop brought the ship back into drive and edged closer to the unknown planet, his stomach flipping. He remembered charting this galaxy more clearly than any other before or after. Everything else on the map was accurate – had they missed an entire planet?

“We don’t miss planets,” he whispered.

Valda was silent, her eyes trained on the mysterious mass.

When they were close, Jessop shifted back into neutral. In the silence, each mapper calculated the possible explanations. This was an established star system – no new planets were forming. If this were a meteor shot in from outside the system, the disturbance would have thrown off the other planets. They would have noticed the possibility as they mapped the surrounding area, or it would have been picked up on by the ICC’s remote viewers.

Valda grabbed Jessop by the shoulders. For the first time in 8 years, he saw panic in her deep, reflective eyes. “Jessop, was this planet here when we charted this?”

Jessop tried to take over as the voice of reason.

“There are plenty of things our chart can’t account for.” He couldn’t think of anything that could account for this, but something had to.

The younger charters looked between one another uncomfortably. One spoke up.

“Respectfully, Captain – I believe we should chart this planet and move onto our orders westward. It’s – we don’t know why it’s here, but it is. Speculation will aggravate you and” – he hesitated, seeing Valda’s stern face, and continued less confidently – “waste our time.”

“We will continue onto our orders westward. But first, we’ll land on this planet.”

Allalla stifled a gasp. The other charters looked at one another, aghast.

Jessop’s heart hung in his throat as put the ship back in drive and commenced the landing sequence. Valda’s steely demeanor had returned, her eyes hard and focused.

“Allalla, enter the information on this planet, but don’t activate it on the map until I tell you,” she ordered, and then paused for a moment, thinking. “Jessop, would you like to set foot on the planet with me?”

Jessop looked at her and nodded. It made sense – Valda may need backup, and none of the other charters seemed like they wanted to be involved. Jessop was excited to see straight-laced Captain Valda interested in a mystery.

She turned around and addressed the team.

“This is not for my curiosity or insecurity. Base is about to see us add a planet to a galaxy we mapped 8 years ago. They will likely also have questions. Let’s gather as much information as we can.”

The team went to work: Allalla charted the size, location, and movement of the planet. Others prepared two gold-plated suits for landing, which were needed to protect Jessop and the captain from radiation. Jessop continued to drive the ship, waiting to dress until landing.

“We’re about to break atmosphere!” he yelled. Each member of the team found something stable to hold onto as, for a few seconds, they plummeted toward the orange, sandy surface. Jessop engaged gravity control and they slowed, landing at a comfortable rate. The team was silent as Jessop and Valda dressed and exited the ship.

Outside the ship, the sky unfolded on every side, clouds of red and blue light dancing around the bright stars.

“Wow…” said Jessop, “this is something else.”

Valda spoke into a recorder on her wrist. 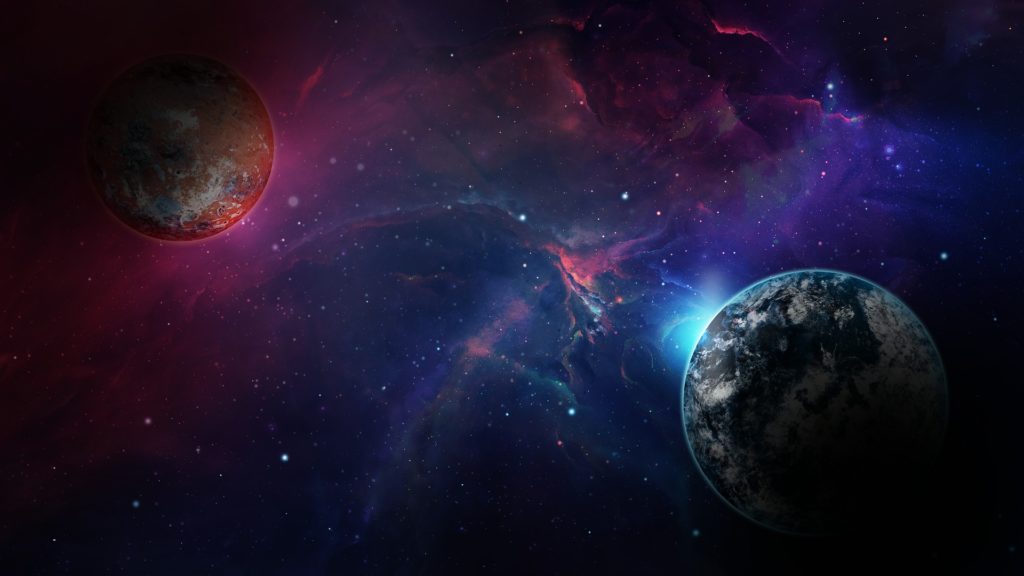 “Our ship lapped the planet, viewing it on all sides, and have found thus far no signs of life. Ground is bright orange sand, very similar to its surrounding planets, 026-B-482 and 026-B-483…”

Valda trailed off, and after a moment lowered her recording arm.

“Jessop, how could this happen? Did we really make this mistake?”

Jessop, distracted momentarily by the beauty of the sky and the planet, suddenly remembered why they were there. “If we did, we’re here now to fix it. Maybe it was my intuition that told me to stop here.”

She had a point. Jessop had based pretty much everything in his life on fact. When he didn’t respond, she went on.

“Jessop, if we admit to this mistake, what does that mean for the rest of the map we’ve been building for all these years? There may be a few planets and stars here and there we fucked up, but most of it should be good. Should we write that on the bottom of the map? Our work is worth nothing if it isn’t completely accurate. Nothing.”

Jessop was frozen. The silence was thick.

Valda let out the loudest scream Jessop had ever heard. “NOTHING!”

Suddenly, the ground was moving under their feet. Moving? Opening?

Jessop and Valda locked eyes and ran toward the ship, clambering to get inside as the planet shifted. Allalla was already at the controls, ready to lift off, and they shot away toward open space. Everyone else stared back at the diminishing planet as they got further and further away. Its contours opened like the wings of a beetle, collapsed in on themselves, and reformed. Sand fell away.

Metal? As the planet reformed, it took the shape of a huge –

Laser gun. Just as Jessop realized that the planet was not a planet at all, the ship shot to the left, discombobulating the crew. Jessop quickly got back on his feet and looked back at the planet. He was suddenly blinded by a huge ray of white light.

When he regained his vision, Allalla was wincing and gasping at the controls, and everyone else was huddling, shielding their eyes.

Cutting through everyone’s gasping breath was Valda’s voice, back to its characteristic steeliness. She was standing, somehow recovered faster than anyone else.

“Star charters to base.”

“Base to star charters, hi there. Where are you?”

“We have uncovered a planet-sized weapon in Galaxy 026-B.”