part 2 of The Vanished Timeline

Deed felt a weight on her head, like someone pressing a heavy book down on her. She massaged her fingers into her hairline, trying to exorcise the pain. She sat up in bed and saw herself in her mirror.

Deed never expected the reflection she saw. After starting with her new archaeological team, she constantly felt dirty and tired. But in the mirror, her blonde hair shone, her eyes looked big and bright, her shoulder muscles bulged.

“Who the hell are you?” she whispered into the mirror. She wiggled her eyebrows. Stuck her tongue out. That’s me. Very suspicious.

She stood up to get changed. Her apartment was bare and utilitarian, but on her desk, she kept a growing collection of rocks. She’d see them while out on digs and pop them into her pocket before even noticing what she was doing. There were about a dozen: a smooth, palm-sized chunk of obsidian, a few translucent crystals, and a bumpy, porous shergottite that she liked to examine the surface of while zoning out at her desk.

I need to steal a piece of that opal deposit when I get back in the cave, she thought. 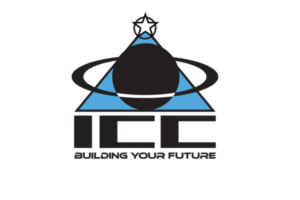 Deed hadn’t known what to expect from her higher-ups at the ICC after her discovery. The Mars Colony Corporation was a subsidiary of and actually controlled by the ICC, the Interplanetary Corporate Conglomerate with some of the best technology in the galaxy. What she didn’t expect was to hear nothing. The ICC confirmed receipt of the samples they’d taken so far, and according to Kyrin, told them to go about their regular assignments. For the last 8 days, Deed went with her team to dig at the next area they were assigned to, where they found nothing of interest. It was infuriating.

Deed pulled on a coat and hat. For her day off, she was going out to visit her mom.

Deed’s mom Neela lived in a modest apartment, exuberantly decorated. One’s eyes were immediately drawn to the lime green graphic wallpaper, yellow fridge, and her hanging plant so old and long that its tendrils circled the walls entire kitchen and living room. Then one noticed the ground, covered in boxes, loose art supplies, and various digital screens and pieces of old technology.

“Mom, this place gets crazier every time I come.”

“Baby!” Neela called from the other room. “Make some blak! I’ll be right out!”

Deed found packs of blak on the crowded counter. It was spicy caffeinated drink made of a blend of herbs from some plant-covered planet Neela was always visiting. She got two mugs filled with hot water from the replicator, opened up the package and pulled out two solid pieces of instant blak. They were cylindrical like black crayons. When she plopped them in, a billow of steam rose from the water, and the liquid turned a deep reddish-black as they dissolved. Neela snuck up behind Deed and pulled on her arm to get her to bend over, planting a kiss on her cheek.

“Darling, thank you for coming to see me. Sorry about this mess – I’m reorganizing. You should have come next week!”

“I don’t mind, mom,” mumbled Deed, taking the mugs and walking over to sit at the high-top kitchen table. Neela, almost a foot shorter than Deed, lifted herself into the seat across from her. Her grey hair was cut bluntly at her shoulders, and her loose clothes were cinched at the waist by an old leather belt. Neela lived at the intersection of fashion and comfort.

“I just want to say, I’m so proud of you. These ruins – I can’t even explain what they mean to the history of Mars. In all my years there, I’ve never heard of any discoveries like this.” Neela, now retired, once held a high-ranking foreign affairs position at the ICC.

“Thank you. Nothing has happened, though. We took samples, we know that the site is almost 500,000 years old, but we haven’t gotten any clearance to go back and keep studying it.”

“Mmmm…that’s odd.” Neela paused. “You’re the most senior team now, you’d be the ones to complete the study, of course.”

“Yes, I’d expect you to have heard back by now. But there’s a lot of bureaucracy at the ICC, more than you could ever imagine. Don’t stress out about waiting…”

Neela trailed off and took a big sip of her blak, looking out the window. Deed turned to follow her eyes.

“Is that actually what it looks like outside? It was super cloudy and dusty when I came here. I think some meteors fell outside the city.”

Neela laughed and activated her phone, a thin clear rectangle with a one-sided holographic display. “Oh, no, that’s a view from a few weeks ago.” She pressed buttons and the view changed to a dark, muted sky with wispy clouds.

“I’ve just been keeping it there for the last few weeks – it was an especially pretty day.”

Deed felt her head going heavy again. She remembered the powerful calm she felt at the ruins, which now felt like months ago. Did no one care about her discovery, or did they care so much that they needed to keep her from going back?

Deed let out a laugh, barely.

“That’s not what I’m stressing over, mom. But good.” She stared into her blak, swishing the liquid around in the mug. Neela put her hand atop Deed’s.

“Don’t lose sleep over what you can’t fix, Deed. You found an amazing piece of history. Let Dr. Danenbrow trip over his shoelaces about it if he wants to.”

“Dr. Danenbrow. That’s who you think is holding this up? He leads all the research teams, right?”

“Yes, he’s the ICC’s Chair of Science and Invention. He’s…he’s a control freak about where his teams put their time and money. But everyone who works up that high is a control freak. There’s nothing particularly wrong with him, as far as I know. But yes, he’d be part of the hold-up.”

“I’m worried about Kyrin. He’s hated me since my first day, and he was so angry when I found the ruins because I wouldn’t follow the way he wanted me to work. What if he’s cutting me out of the research?”

“Well, you’re still working with him every day, right? What, you think he’s sneaking off at night and studying the ruins without you?”

Deed’s heart suddenly started racing. He could be there right now!

Deed let out a loud laugh, knowing Neela knew exactly what she was thinking. “Yeah, I know, I…not a good idea.”

“Kyrin could send you to some distant galaxy if he really didn’t want you on his team. You have strong instincts, Deed, but they get clouded when you’re in conflict. Kyrin is one of the only Felines who works at the ICC, and he’s a real star in archaeology. I think you’d trust him if you gave him a chance.”

Deed paused to finish her blak.

“I love you, mom. But he’s deep up the ass of everyone above him, that’s why you all trust him.”

Neela let out a belly laugh.

“You’re really too much, Deed. You would do well to get up a few of those asses if you want to go higher in the ICC. Lead your own team on digs.”

“I appreciate you talking to me, mom. I’m going to see some friends from school today, too. So I should get going.”

Neela looked surprised. (Deed didn’t have many friends from school, or see them very often.) Deed tried to make it out before Neela could ask too many questions, but Neela stopped her.

“Before you go…I just want to say. Don’t doubt yourself so much, darling. You are so smart, and so strong. It isn’t just dumb luck when you’re rewarded for being who you are.”

A few hours later Deed stood, in black clothes and facepaint, at the entrance to the cave. It’s part of life to lie to your mom, even when you’re an adult, she thought. She might have been imagining it, but she swore she could already feel the calming energy she felt last time at the ruins.

Even though she knew she was in the right place, Deed couldn’t immediately see the opening to the cave. Feeling around on the ground, she pulled off a cover underneath a thin layer of dirt, exposing the hole. I don’t think we left this when we left, which means someone has been here since then.

Deed stepped feet-first into the cave and slid down into the cavern that she helped dig. She turned her headlamp on, but after weeks exploring this cave, she barely needed it. She listened intently for anyone else who might be inside, but the harder she focused, the deeper the silence seemed to grow. She knew, somehow, she was the only one there.

When she reached the cavern offshoot that led to the ruins, she felt like she could barely breathe. Her limbs seemed to move of their own volition, pushing her body through the small opening. 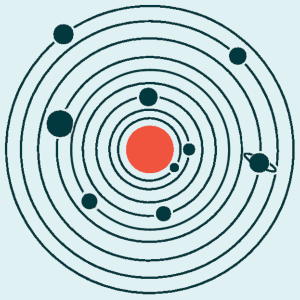 Okay, I’m here. Did I have a plan? Deed strolled around. She saw the stone tablets covered in indecipherable text and diagrams, the tall stone doorway, and new things she hadn’t noticed the first time – one tablet with a diagram of what seemed to be the Solar System, but with an extra planet between what would be Mars and Jupiter. If this is real…her thoughts trailed off. She took some notes and snapped a photo of the tablet with her phone. As the light flashed, she noticed the glint of light shine back from side one of the cavern. Focusing her headlamp on it, she saw another opal deposit in the side of the wall. Nice. She took out her water bottle and tools to prepare to clean and cut a piece off. But as she dug at the dirt and cleaned, she found the stone wasn’t a deposit, it was a huge polished oval gem. From what she had uncovered so far, it was about the size of her torso.

Deed laid her palm on the stone, still half-embedded in the earth, and felt its energy course through her. Her heart went from calm to excited, and in her eyes, the cave around her went fuzzy, making way for pulses of light coming out from the stone in her vision, like she’d see if she looked at the sun for too long and looked away. Colors mixed and lingered across her vision. For a second, she even wondered if it could be attached to some kind of power source.

Then, footsteps. And before Deed could shove her tools back into her bag, a team of uniformed men swarmed through the small cave opening and grabbed her.

No, she thought as she was dragged out of the cave, the stone itself is the power source.