We are continuing to improve the game!

I hired a 3D-modeler, Logan, to make a miniature which will replace the wooden discs for the population. It’s a small scifi-city (from the Density card image, see December newsletter). The miniatures are the same size as the discs and are also stackable.

I have decided there will also be another miniature for the home worlds! So the ships and all the population discs/home worlds will be of the same material and thus the colors will match better.

Our artist, Diego, is finishing more of the pictures for the domination cards. This is the most recently finished image, which is for the Economic card. It depicts a spaceship being built in a shipyard in orbit around a planet. 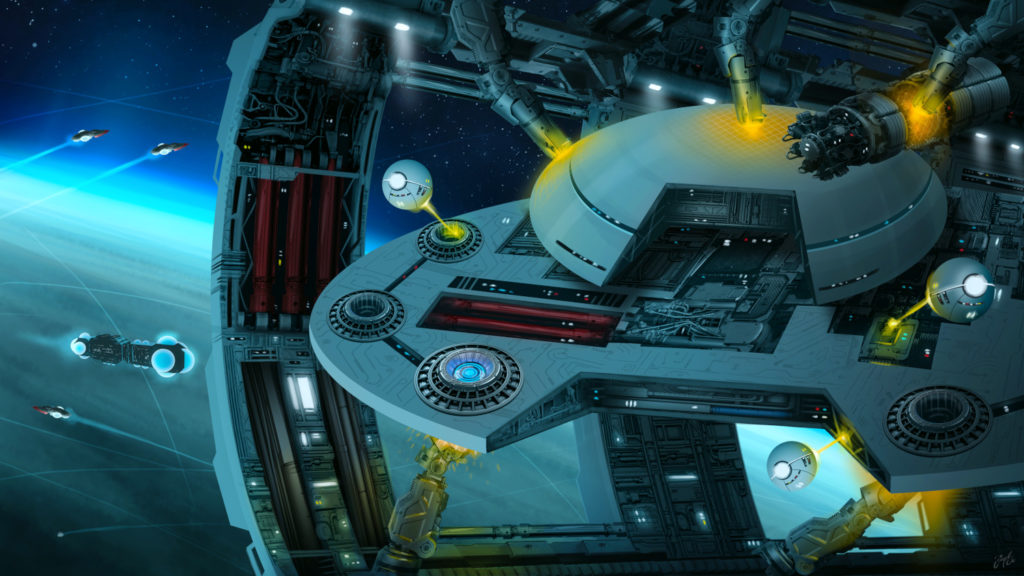 I expect to finish the remaining artwork and graphical design changes in about 2 months.

There will be gaming event in Bonn (Germany) on Saturday, March 7th, where anybody can come and play Galactic Era. I will bring 4 prototypes – each with the (nearly) finished graphics – for a maximum of 24 players. We have already about 12 registrations. I will also explain the rules at the event of course.