The answer to and winner of the September Contest (“How many beings are there in the Galactic Era universe?”) has been revealed. Three contestants figured out the right answer. So I had to draw the winner from one of them. Go here to read or watch the result.

As you probably know, the Kickstarter campaign is about to be launched on November 4th. Add your vote to these polls on BGG to help determine what options backers will have:

Three new, exciting pages have been added to the Galactic Era website.

A review page that offers links to article and video reviews of the game (with already 4 reviews):

A gallery page that features a selection of artwork from the game and photos of the prototype:

I will be presenting the game at the upcoming game fair in Essen at these stands and times:

Here are the Avians (STS version). The Avians are an easy star people to play for beginners, since their special ability is to start at level 2 in two technology fields (so no need to remember anything during the game).

The Avians have been roaming the Galaxy for a very, very long time. They claim their civilization is billions of years old. If this is true, then they probably met and know who the mysterious “ancient builder race” is. This race supposedly is responsible for the ancient technological relics of great power left behind in the galactic center. 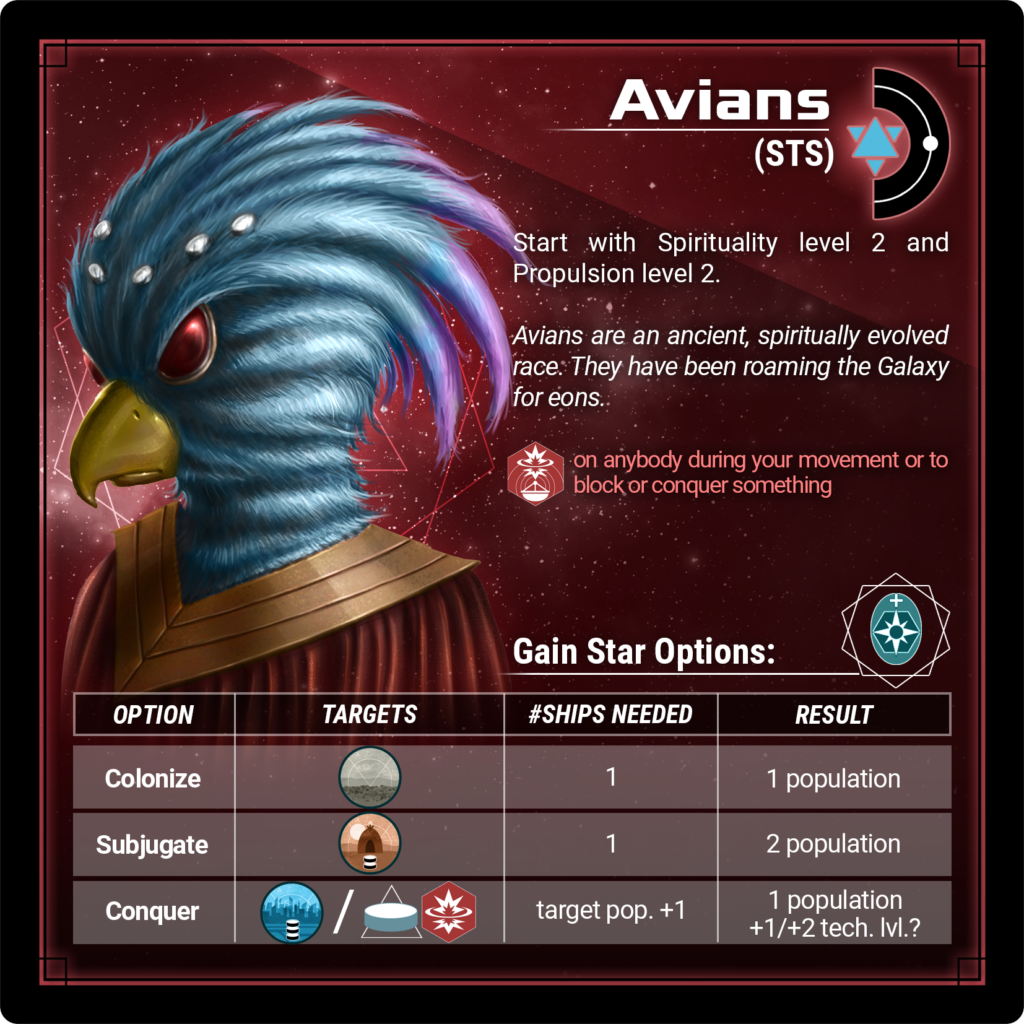