We are still continuing to improve the game!

Logan, our 3D-modeler, has also made a miniature which will replace the homeworld cylinder. It shows a small planet. The six half-spheres around the bottom represent the six population a homeworld counts as. It can be stacked on top of population disc miniatures. 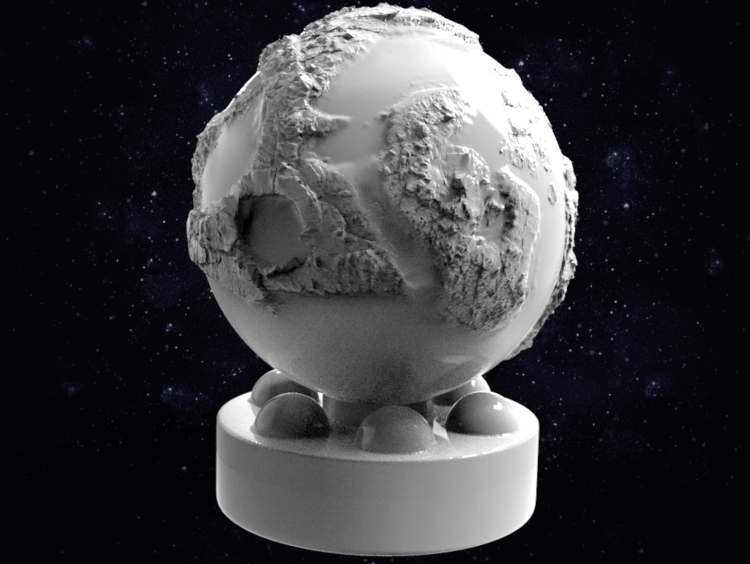 Here is another of the most recently finished images by Diego, which is for the Exploration domination card. It depicts a group of astronauts discovering a mysterious, ancient structure on some strange planet. 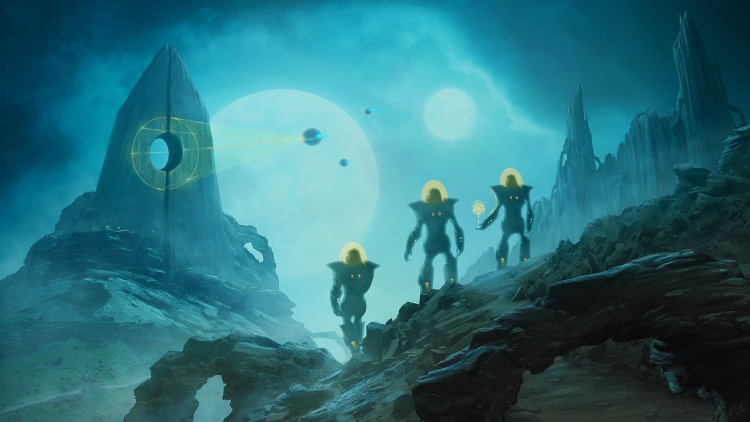 I’m starting a series of videos in which I explain how exactly the elements in the game correlate to the backstory. I also show some of books I used for the backstory.

I just released part 1 of this series in which I explain how spirituality fits into the game.

Part 2 will be about technology, part 3 about the star peoples (races) and part 4 about the history of the Solar System and Galaxy.

If you think they are certain aspects missing or not detailed enough that you would be interested in, please message me about them.